The Ascension Alliance is both a mystical movement and “free” Catholic Church – without ceiling, walls, or formal affiliation with any other ecclesiastical body. Emerging from a small mission community it strives to be a spiritual “stagecoach stop” for pilgrims and small faith communities called and gathered for the opportunity to experience spiritual renewal, maximum self-determination, and fellowship with like-minded sojourners. Clergy of the Alliance are also members of the Community of Ascensionists, a religious congregation of the Ascension Alliance–part of the one Mystical Body of Christ, a Church, umbrella organization, and expression of God’s mystical movement of Spirit. 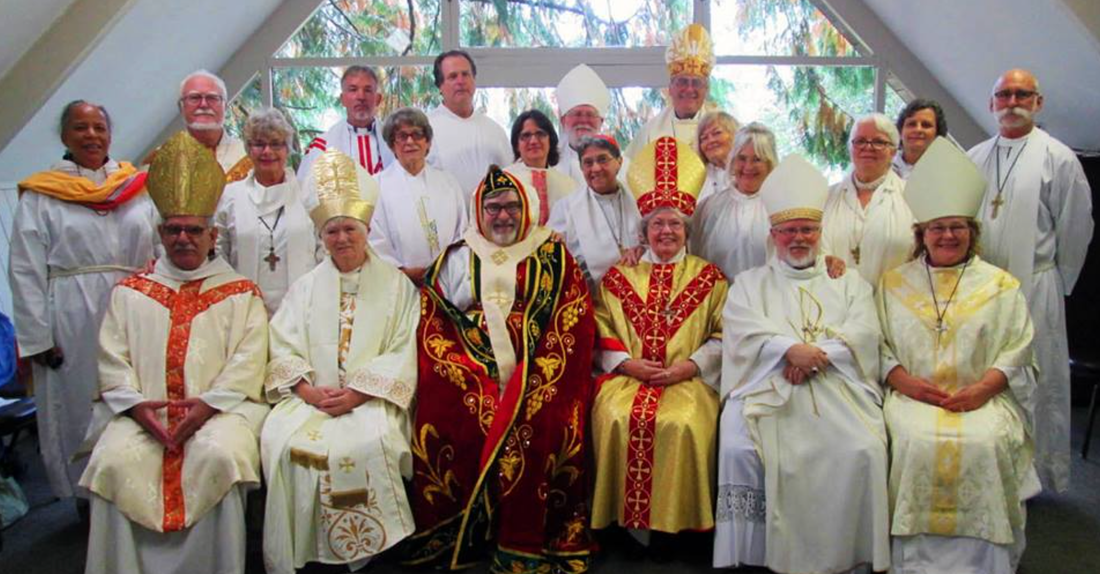 We are born of a free Catholic vision, in the tradition of a fledgling Independent Catholic movement, inspired by the intuitions of the Emerging Church, and following the example of the Jewish Renewal, or Jewish Reconstruction, movement. However, we are really part of a much larger stirring of Spirit that beckons us to transcend old ways that no longer work and ascend to higher levels of consciousness and spiritual living. To use a metaphor from New Testament scripture: Don’t put new wine into old wineskins.
​
In keeping with the wisdom of spiritual reflection, we can say we are open to exploring new insights in conversation with and respect for ancient traditions. If your own Spirit resonates with what you’re reading, perhaps you’re already part of the ASCENSION vision and didn’t realize it.

We call our movement “free” Catholic to emphasize our aspiration to seek truth and gain spiritual knowledge, free from the encumbrances of dogma, while honoring and rooting ourselves in the apostolic tradition. We say we are a Church in the tradition of a fledgling Independent Catholic movement because we emerged from it and trace our apostolic succession through it. Apostolic succession is the tradition through which bishops trace their sacerdotal authority from their consecration by other bishops who were themselves consecrated by bishops, going back in succession to the apostles, who were themselves called by Jesus Christ. See Apostolic Succession.

Independent Catholic churches are not in communion with the Roman Catholic Church, but we claim valid apostolic succession for our bishops and priests. Bishops in Independent Catholic Churches are sometimes referred to as “episcopi vagantes” (wandering bishops) because of their lack of affiliation with a larger communion of churches.
The Emerging Church is a Christian movement of the late 20th and early 21st century that crosses a number of theological boundaries: participants can be described as evangelical, post-evangelical, liberal, post-liberal, charismatic, neocharismatic and post-charismatic. Participants seek to live their faith in what they believe to be a "postmodern" society.

Proponents of the Emerging Church movement call it a "conversation" to emphasize its developing and decentralized nature, its vast range of standpoints and its commitment to dialogue. What those involved in the conversation mostly agree on is their disillusionment with the organized and institutional church and their support for the deconstruction of modern Christian worship, modern evangelism, and the nature of modern Christian community.

When we were forming our new organization we went looking for examples of how we could honor our tradition but respond creatively to the needs of today’s world. We found it in the Jewish renewal movement.

The term Jewish renewal describes a set of practices within Judaism that attempt to reinvigorate Judaism with mystical, Hasidic, musical and meditative practices drawn from a variety of traditional and untraditional sources. The inspiration of Jewish Renewal is credited to Rabbi Zalman Schachter-Shalomi, a Hasidically trained rabbi who was ordained within the Lubavitch movement, and which broke with Orthodox Judaism beginning in the 1960s.

Jewish renewal brings kabbalistic and Hasidic theory and practice into a non-Orthodox, egalitarian, framework. Renewal-Reconstructionist Jews often add ecstatic practices such as meditation, chant, and dance to traditional forms of worship. They borrow freely and openly from other traditions, such Buddhism and Sufism.​